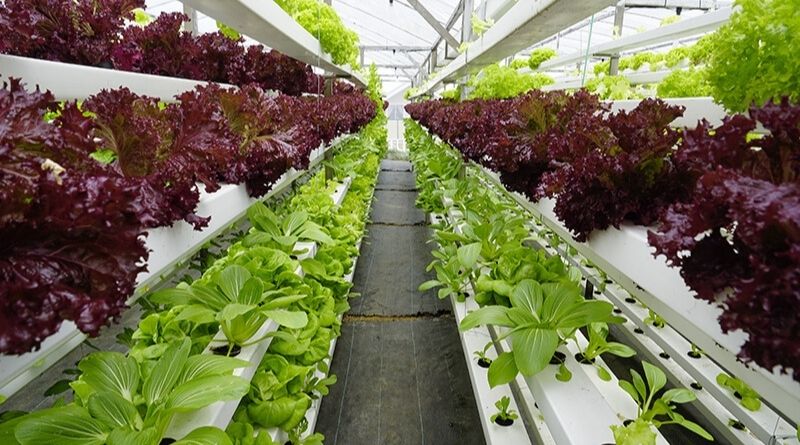 In 2050, the planet’s population is predicted to increase to 9.7 billion, and feeding it will be a massive issue. 1 Due to urbanization and industrial development the world is losing arable land every day. The year 2015 saw scientists reveal that the Earth has lost about the equivalent of a third of arable land in the past forty years.

We aren’t aware of what we’re losing over the coming 40 years. The increasing demand for food due to an ever-growing population and declining arable land poses one of the biggest issues facing us. A lot of people believe vertical farming could provide the answer to this issue. Could vertical farming be becoming the new way to farm? Let’s discover!

What Is Vertical Farming?

Vertical farming refers to the process of growing food items on surfaces that are inclined vertically. Instead of cultivating vegetables and other food items in a single place, like within a garden or greenhouse, this technique makes food products by stacking them vertically. This is usually connected to other structures such as the skyscraper, shipping containers, or an old warehouse that has been repurposed.

Utilizing the Controlled Environment Agriculture (CEA) technique, this new concept utilizes indoor farming techniques. Artificial control over light, temperature, and humidity, as well as gases, make the production of food and medical products indoors feasible. The concept of vertical agriculture is similar to greenhouses, where reflective metals and artificial lighting supplement the natural sunlight. The main purpose of vertical agriculture is to increase the yield of crops in a small area.

There are four crucial aspects in understanding the process of vertical farming 1. Physical layout, 2. Lighting, 3. Growing medium and 4. Sustainability is a key feature.

The first and foremost purpose of vertical agriculture is to provide more food for each square meter. In order to achieve this goal, the crops are grown by stacking layers within towers. Additionally, a great mix of artificial and natural light is utilized to keep the ideal light level within the space. Technology like rotating beds is utilized to increase the efficiency of lighting.

In third place, instead of soils, the aeroponic hydroponic, or aquaponic growth mediums are employed. Coconut husks, peat moss, and other non-soil media are commonplace for vertical farms. Additionally, the method of vertical farming employs a variety of sustainable features to reduce the energy costs of farming. Actually, vertical farming consumes more water, which is 95% less. 3

Advantages and Disadvantages of Vertical Farming

Vertical farming holds a lot of potentials and sounds like it could be the next farm. But, there are a few obstacles to be aware of before leaping to vertical farming.

Higher output with a smaller area of cultivation isn’t the only advantage that vertical agriculture offers. Here are a few most significant advantages of vertical farming:

Vertical farming has pros and pros. Sometimes, the advantages of vertical agriculture are explored but are not the cons. Here are the main drawbacks of farming vertically:

Vertical Farming in the United States

Vertical farming is expanding rapidly within the U.S., at a CAGR of over 24% from 2018 to 2024, at which point it could increase to $3 billion a year. 8 By contrast, the entire U.S. fruit and vegetable industry was worth more than $104.7 billion in the year 2016. 9 According to one report, “Shoppers can now find produce grown indoors by more than 23 large vertical farms in more than 20 supermarket chains in nearly every major metropolitan area in the country.”

The sector is still high-risk this has raised concerns regarding its future viability since survival is contingent on expansion as it is capital-intensive. In the words of the same report, “While industry leaders say scaling offers the best hope for profitability in this business, many vertical farms have encountered problems when they began planning to add additional production facilities.”

It is important to note, however, that the technologies created for vertical farming are being utilized by other parts within the inside farming market including greenhouses which make use of sunlight, though they require larger amounts of land and more ways to get to market.

For those who want to “dig deeper” into indoor and vertical farming, go to Upstart University, AgTech Innovation Center, and 10 online platforms to help the next generation of Indoor Farmers