Susan Ward wrote for About.com (now Dotdash) for 18 years, covering small-business issues until the year 2019. She began writing about business in the mid-1990s. Her work has been published on various websites, including Shopify.com, Intuit.ca (where she contributed articles about Canadian taxes), and FamilyClick as well as in magazines like Costco Connection National Credit News and Home Business Report. Susan was also the editor of Home Business Report for several years.

Ward had been named a Top 100 Champion of the Small Business Influencer Awards in 2011 2013, 2012 2013, and 2014. These awards, which have since been no longer awarded, were presented by the websites Small Business Trends and Small Biz Technology and recognized individuals who had a major influence on small businesses in the North American small business market.

Ward has also operated her own company as a computer/software instructor. She teaches groups and individuals to utilize Windows as well as Simply Accounting as well as various types of Word and Excel. She has created curricula that are used as instructional guides for different school districts as well as curricula for corporations like UMI (Bell and Howell). A certified instructor and workshop facilitator, Ward has designed and delivered courses on how to Market Your Small Business, How to Write an Effective Business Plan as well as How to Make Your Own Website, as well as how to write business letters and memos.

Susan has a bachelor’s degree and a master’s degree in teaching at the University of British Columbia and taught business education as well as English for many years. Susan is a part of several business-related associations. 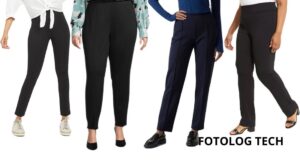 The Basics of a Certificate of Occupancy

How to Use Fiberglass Reinforced Panels (FRP)

How to Choose the Right Sandpaper